Peter, Pekka, Nick Ryan, Yann Seznec and Reactify all took part in a week-long residency at Aldeburgh Music to develop their pieces, finishing with the final performance on Saturday 18th May.

In the end, the musicians and composers put together an amazingly diverse selection of music, touching on airy, joyful Finnish folk songs and ‘Google poems’ as well as Malian music, an immersive evocation of a Seamus Heany poem and spiky microtones. All these pieces explored to one degree or another the potential of goPlay, software developed by Reactify in a 2012 Aldeburgh residency.

goPlay is a programme that can be trained to listen to a performer’s playing and respond to particular phrases or notes by triggering pretty much any effect you can think of. The primary purpose of the software is to free up musicians from having to operate looping, playing samples and other effects by using pedals or a laptop and just concentrate on playing – hence the name ‘goPlay’. It did see other uses as well however, triggering lighting during ‘Digging’ and also the firing of Arduino controlled instruments during Yann Seznec’s ‘Tree Circles’.

Whilst it was a diverse and exciting performance, it was fascinating to think that, as Pekka himself noted, this is really just the beginning for this kind of software and gave a small glimpse of the future of how musicians will make use of increasingly sophisticated music technology.

The full programme was as follows: 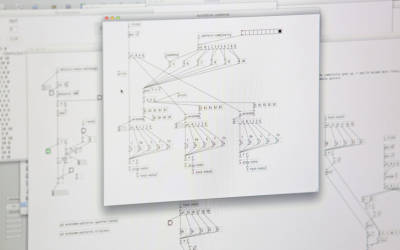 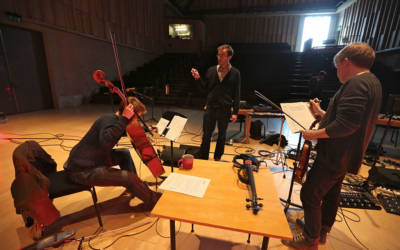 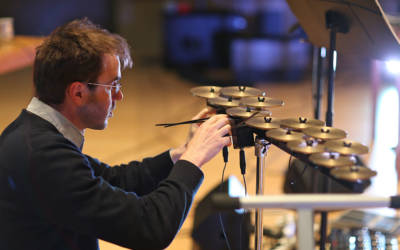 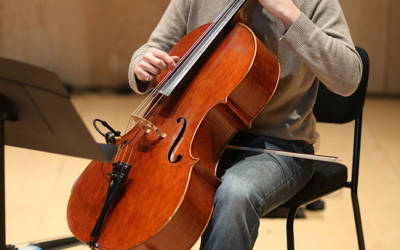