British artist David Downes has been invited by Britten Pears Arts to be their first artist in residence following the lifting of restrictions. The residency, from 31-May to 11 June, will be followed by an exhibition of more than 40 local land and seascape paintings of the Suffolk and North Essex countrysides by David.

Iconic Land and Seascapes will run in the Pond Gallery from 1-7 July.

The centrepiece of the exhibition will be a large painting of Britten Pears Art iconic Concert Hall, which David will create on-site during his residency.

David’s residency coincides with the start of a summer of non-stop world-class concerts. Painting publicly on site for 11 days from 1 June, David will recreate musicians playing to a socially distanced audience in the famous Concert Hall. His painting will be unveiled at the exhibition at the Centre’s Pond Gallery on 1 July and on display until 7 July.

David is a landscape painter who amplifies the sense of place and time through the lens of autism.

David says: “I am a landscape painter and like to paint from my imagination, so when in the midst of the first lockdown, Britten Pears Arts, gave me the chance to paint in nature, in one of the most beautiful parts of the country, I jumped at the opportunity. To paint musicians, performing in the great Concert Hall, will be moving and an honour. I visited Snape Maltings as a young boy, and the place holds a very important place in my childhood memories.”

David Downes completed a MA at the Royal College of Art in Communication Design in 1996. He won his first major contract in 1999, a commission by the BBC to record the Corporation’s most important architecture at the turn of the century and in June 2000 he became artist in residence to BBC Heritage. In 2012, David was commissioned by the Savoy hotel to paint the Thames Diamond Jubilee Pageant from the Roof of the Savoy. The 3meter wide painting now hangs in the Front Hall of the Savoy and is widely admired. In 2019, David was commissioned by ITV to paint a giant mural in Bournemouth to commemorate the start of the channel’s period drama, Sanditon.

Diagnosed with high functioning autism at the age of 32, David is an active supporter of the National Autistic Society and was made a Vice President of the Society in 2012. David regularly speaks on behalf of the charity and paints live at fundraising events. David’s other great passion is sport and cricket and he has an extraordinary knowledge of the game and can recall match statistics from many years ago. David recently returned from a three year stint in California where he worked as a professional artist. David lives and works in Manningtree Essex with his partner Rachel, baby daughter Talia and their beloved dog Winston.

David will be giving talks about his art and living with autism at 3pm on 3 and 4 July in the Pond Gallery.

Find out more at www.daviddownes.co.uk 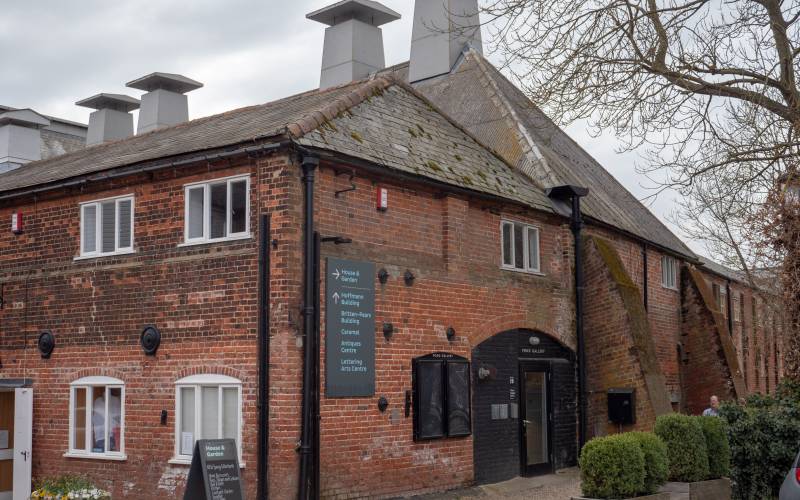