What happens when we sing together?

HomeMusicResidenciesWhat happens when we sing together?

In April 2019 Esther Jones, Deputy Music Director of the National Youth Choir of Great Britain, Professor Seb Crutch and Elia Benhamou of UCL led a weekend residency at Snape investigating what happens when we sing together.

EEG technology (to record brain activity) and Empatica devices (which measure arousal levels using heart rates and skin conductivity) were used to gather data from a group of singers from the National Youth Choir of Great Britain, as they recorded original musical works commissioned by Creative Out of Mind, a previous Wellcome-funded project designed to increase understanding of dementias through science and the creative arts. You can here some of this music here.

Self-evaluations from the singers were compared to data gathered during their performances, and an initial analysis shows that there are statistically significant results. Further acoustic analysis will be made in order to compare significant moments with the Empatica, EEG data and the singers own verbal responses. The aim is to produce an academic paper summarising key findings from the experiments undertaken during the residency. It is hoped that this will form the basis of applications for funding for a wider study applying some of these techniques to clinical groups for comparison, e.g. singing groups for those with dementia, cancer, mental health issues etc. 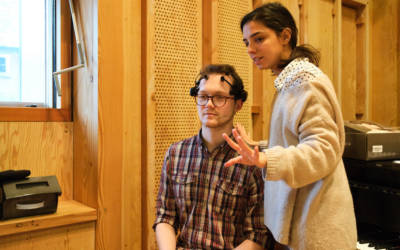 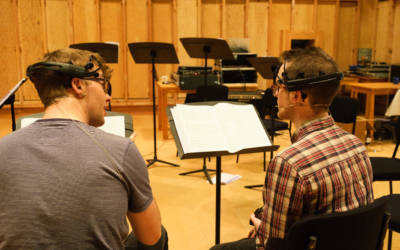 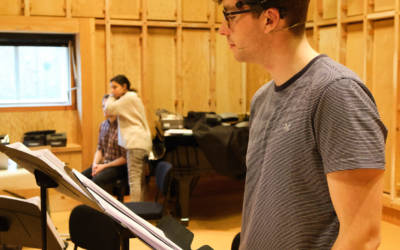 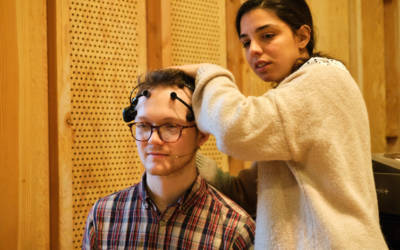