Progressive brass band Perhaps Contraption spent their residency time writing and developing new music for their first theatrical show, Nearly Human. They collaborated with movement director Lucy Ridley, lighting designer Pablo Baz and, having won the Les Enfants Terribles Award for the Edinburgh Fringe, have been working with Oliver Lansley as director. As a result of the award, Perhaps Contraption have a month-long run at the Pleasance Theatre in Edinburgh, with a preview show at Greenwich Theatre. They plan to tour the show.

“We realise we are telling stories relating to life on a cosmic and subatomic level, with poignant reminders that between these immense and baffling themes, we fall in love, we do the washing up, we sneeze, we die, and so on.” 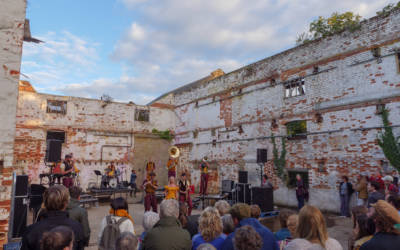 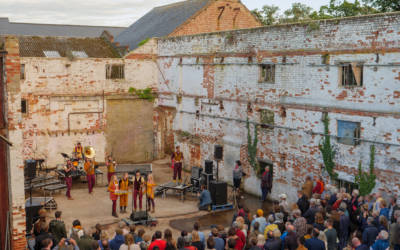 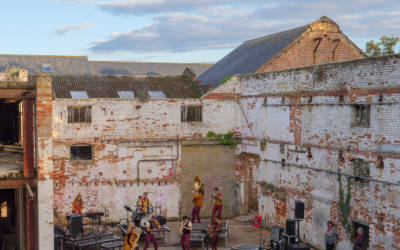 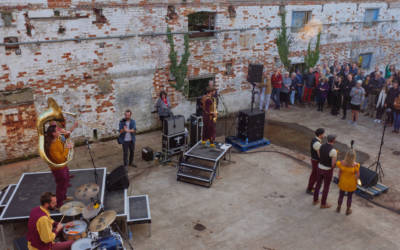