Permutations is an interactive artwork and a synthesis of architecture and music. It invites listeners to explore a new work of music through playing the acoustics of six adjustable chambers.

Audience members can treat the space itself as a musical instrument: the listener becomes the performer. Permutations is a new musical work by Freya Waley-Cohen, performed by Tamsin Waley-Cohen, and an architectural installation by Finbarr O’Dempsey and Andrew Skulina. These two artforms come together to create a touring performance artwork and an exploration of the social capacity of architecture and music. The music and its architectural setting were developed simultaneously and in close collaboration, each acting as a muse for the other. The composition is written for six equal recorded violin parts. The architectural intervention is a set of six movable chambers which spatially distribute the recorded violin parts in Permutations. Each chamber has an adaptable lining of doors, giving the audience member the chance to adjust and transform the levels of acoustic enclosure. A central space is shared by these chambers, in which all of the violin parts are experienced as equally balanced and combined as a complete ensemble. In navigating the performance, the listener will be presented with the opportunity to experience the solo, duet or full ensemble in counterpoint; through interaction with the chambers, listeners will be able to explore the different textures and counterpoints that emerge within the music. Each audience member can create their own experience by the path they choose to take through the space. The piece is designed to be structurally autonomous, and is constructed out of a robust system of prefabricated parts so that it can be erected and dismantled with ease in order to enable it to tour multiple venues. Developed and created through an Open Space Residency at Snape Maltings, and premiered at Aldeburgh Festival 2017. 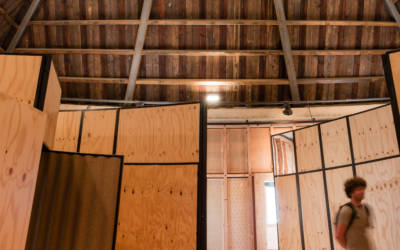 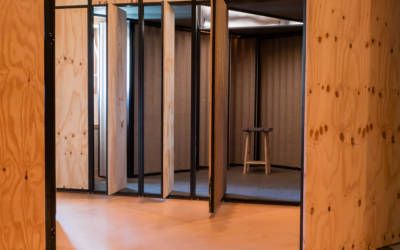 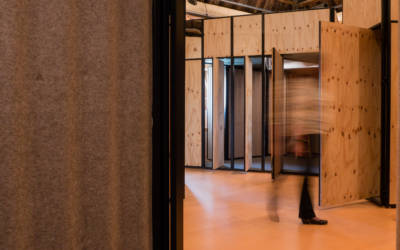 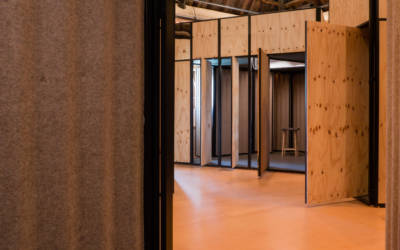